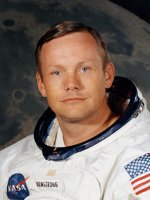 Because tonight in Dallas, parents have made a decision to take their 4 year old son, who risked his life to save a 3 year old girl from drowning, off of life support.

Please, keep this family in your thoughts and prayers. What a difficult decision they’ve made, but what a heroic little boy. I see his age and think, “Butter is 4. Would he do the same? Would we be able to make the same decision these parents have made?”

I wonder how the little girl’s family is reacting. They must be so grateful. And then I get a little angry because I wonder where the adults were. The article points out that there were adults around. Why didn’t one of them jump in a save the girl? Why did a child have to do it?

There are so many questions, and there will probably be few answers.

Tonight, I’m going to make sure Butter and I pray for Xander and his family. And I’m going to go over the rules of pool safety with him until he gets bored and asks to play with his Leap Pad. Because if nothing else, this has opened my eyes.

Lately, I find myself wondering what the future holds.

Will my kids go to good schools, will the friends they have now be their friends for life, how on EARTH I’m going to feed them when they’re teenagers [for some reason, everyone thinks I’m joking about that second mortgage], and what kind of men they’ll be.

This is sorta prompted by Butter being an absolute hellion the past few weeks. He’s been more defiant, quicker to push his boundaries, and overall just THREE. I’ve been told by some people it’s like a switch flips when they turn four. Sorry, friends. I’m not buying that until he wakes up sweet and charming on Tuesday. Don’t get me wrong, he’s generally a good kid, but man oh man has he been a brat recently. He was sent to bed early the other night for ignoring his Pop’s instructions about something. He’s spent loads of time in the thinking chair, and if I have to tell him to leave his brother alone/give that toy back to his brother/insert something he’s doing to pester his brother here one more time… Well. Let’s just say I won’t be winning Mother of the Year 2012.

How do you deal with toddlers? I need all the help I can get.